You will be banned if:

Gerry Moore gets a lot of strange looks when he's out driving his Ford Expedition.

People roll down their windows, stick their phones out and take photos. Others slam on the brakes to do a double-take. Pedestrians walking by stand open-mouthed, then quickly reach into their bags to get their cameras.

Gerry is a good-looking guy, always wearing a white sailor's cap and he usually has a cigar dangling from his lips. His wife, Karen, is blonde and beautiful, and is usually sitting in the passenger's seat, waving at onlookers. Maybe that's why everyone wants to take photos.

Or perhaps it's because Gerry sawed off the top half of his Ford Expedition and replaced it with the top half of a 1986 Chris Craft Scorpion 210, an old boat he had sitting in his backyard for years.

"It definitely gets a reaction out of people," Gerry says with a laugh. "Everybody smiles, they really do."

"It's such a joy to see people's reactions," Karen says. "They either have their camera out, or they're smiling and waving. Many of them just bust out laughing."

Yes, it drives just like a car, and no, it doesn't float

Gerry first got the idea to build his "boat car," as he calls it, at a car show in Mississippi late last year.

He saw a similar, smaller car/boat hybrid, and thought of the old Chris Craft he had sitting in his backyard off of Nine Mile Road in Pensacola. He'd been mulling refurbishing the boat for years, but never got around to spending the money to bring it back to life. 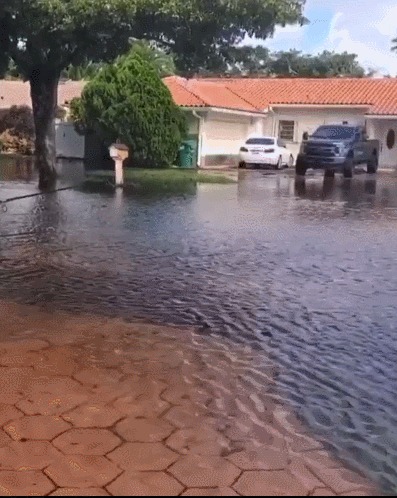